As I mentioned in my first blog post on this website, my very first guitar was the Yamaha RGX 612A. At the time that I bought this guitar when I was 14 I didn't know much about guitars, but now a few decades later I can say that I made a good purchase (1000 dutch guilders). At f

irst I just liked the way it looked, and it IS a looker. This guitar came out in the era of the superstrat (think Jackson, Ibanez RG). The superstrat guitars typically had a Floyd Rose type of vibrato, at least one humbucker and....a pointier headstock. I know this guitar inside out and I must say that of all the superstrats it has the most beautiful 3D headstock. The lines are modern yet elegant and it's finished in glossy black and partially a clear maple.  I just love it. I don't know why Yamaha doesn't produce these anymore.

Another design feature I like which differentiates this guitar (series) from it's peers are the extra deep (scalloped/scooped) cutaways on the horns, as seen in the first picture of this article. I'ts an extra detail that gives this guitar something extra and shows that the people at Yamaha at the time have spent time and effort in the design of this guitar. The recessed input jack is another detail which confirms this hypothesis.

Like all other superstrats of that time, the Yamaha RGX series also had a 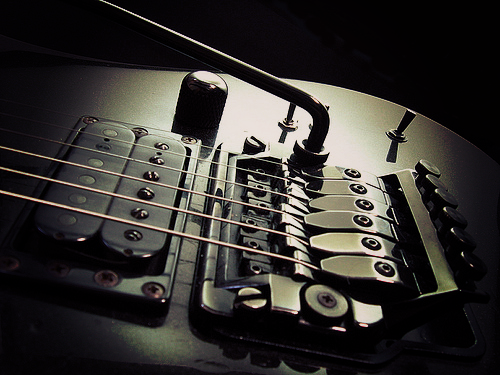 double locking floating vibrato system. Eventhough it was a Floyd Rose licensed tremolo, Yamaha had it's own RM (Rockin' Magic) Pro tremolo, which some say is a combination of a Floyd Rose and a Kahler bridge because of the needle bearings at the fulcrum. Besides the fact that I like the aesthetics of this guitar bridge it is also a plus for me that I don't have to cut off the ball ends of the strings when I have to change them.

My particular model, the Yamaha RGX 612A had Active electronics, hence the A in the model name. These were E 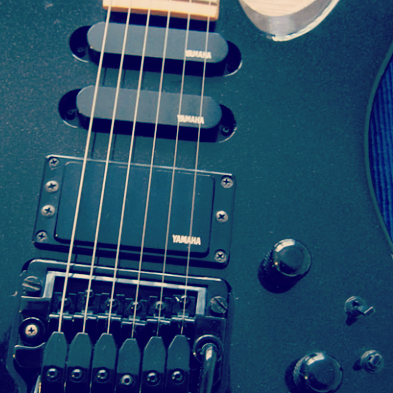 MG - like pickups. Some people even like them better than EMG's (Just google Yamaha HIPS pickups, or Yamaha Power Focus pickups). I like the fact that I can use every pickup combination on my guitar because every pickup has it's own mini toggle to activate or deactivate it. All these combinations, together with the coil tap possibility and a mid boost knob make this guitar very versatile in the sound department. I just picked up my guitar playing again a few months ago and had to play at a wedding. This Yamaha of mine was perfect for the job. It plays very nice, the action is low, the neck is great and it has a 24.75 inch scale, which is unusual for a strat type guitar. 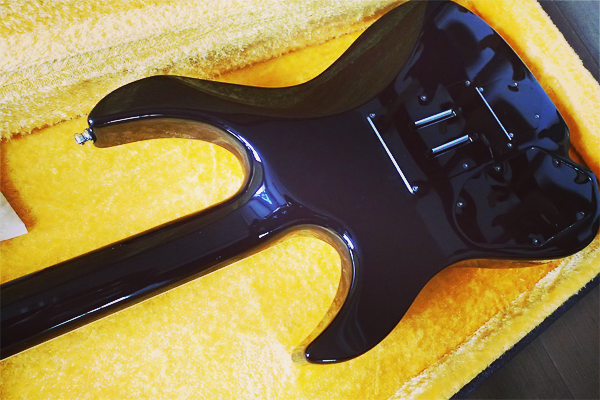 So even after so many decades of owning this guitar I still am happy with my purchase years ago and even appreciate it (or her) even more. I still browse ebay every other day to see if I can buy another RGX model like the Yamaha RGX 1212A which is like the RGX612A except that it has a neck-through construction, an alder body and an ebony fingerboard. Or the RGX Custom with another headstock and an arched body. I would love to have a guitar with neck-through construction. It's supposed to have more sustain, but again, it's also so aesthetically pleasing.

I have collected the specifications of other RGX models on this website. It's by far not complete yet, but if you're interested here are links to the other guitars in the RGX series that I have so far. Also feel free to contact me if you find any errors in the info on the guitars. 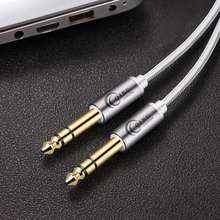 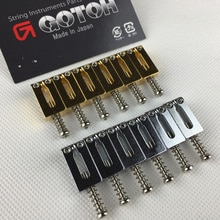 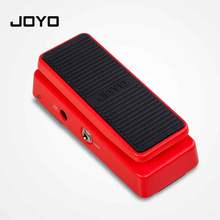 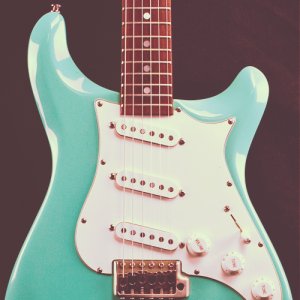 The PRS EG3 (Series 1) is a Paul Reed Smith guitar from 1990 that has many features which makes it comparable to a strat. The body is alder, it has 3 single coils, a pickguard and unlike most PRS...